Are You Planning To Vote? 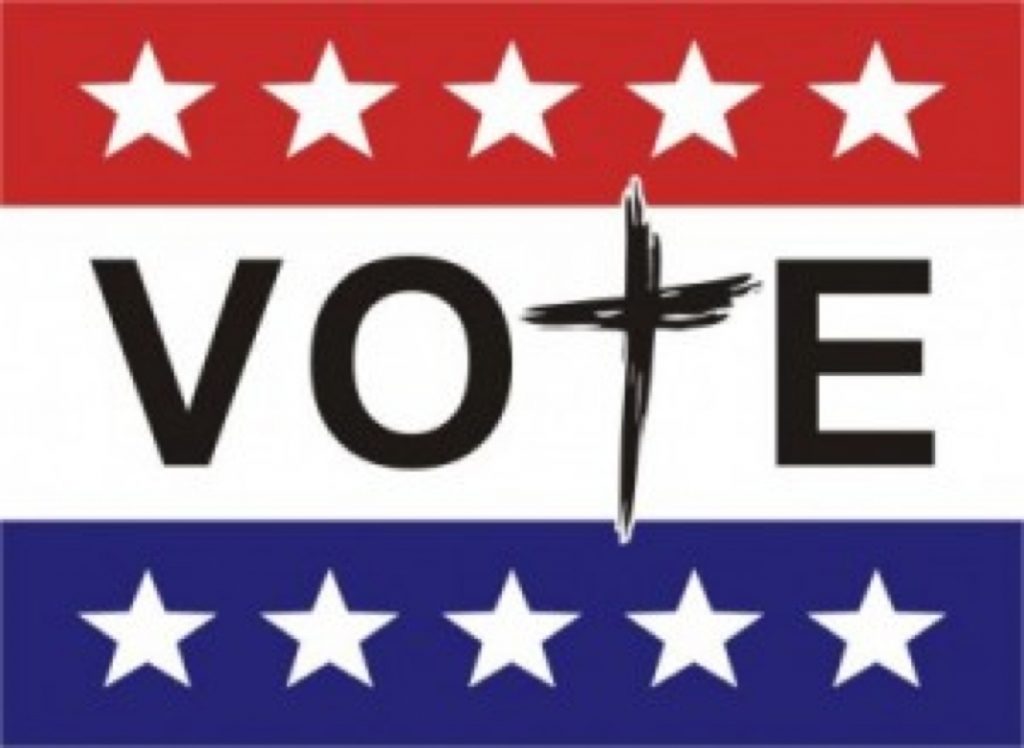 According to MyFaithVotes.org, more than 40 million eligible Christian voters fail to vote in presidential elections. An estimated 15 million of these Christians are not even registered. Imagine the impact the church could have on our nation if it fully engaged in the election process. Unfortunately, millions of non-voting Christians do indeed affect our country’s direction. We need to realize that our faith votes, whether we cast a ballot or not.

“By staying silent, believers are allowing non-believers to decide who will run our government and create our public policies.”

“I know full well that politicians will not solve the major crises facing our culture, but an election is a statement of what kind of society we wish to be,” says Mike Huckabee, Honorary National Chairman of My Faith Votes. “We’ll either empower people who understand the need for God and biblical values, or people who believe His word should play second fiddle to the decrees of government bureaucrats.”

“By staying silent, believers are allowing non-believers to decide who will run our government and create our public policies,” says Dr. David Jeremiah, founder of Turning Point.

Many Christians say that they detest politics. Merriam-Webster defines politics as “the art or science of government.” Government is the governing authority responsible for the direction and supervision of public affairs.

American Christians can go to the church of their choice because the governing authorities still uphold our first constitutional amendment, which allows the free exercise of religion. How can God’s people say they don’t like politics, which governs every aspect of their lives? Our current political system allows us to worship God as we choose, have freedom of speech, and preserve life, liberty, and property. Declaring a disdain for politics is like saying we can’t stand being allowed to exercise our God-given rights, which are recognized and upheld by our governing authorities.

Will My Vote Really Count?

Many Christians believe that their vote won’t make any difference, so why bother? What if all Christians maintained this belief and never voted? They would abdicate their responsibility to empower people who would enact and enforce godly policies for our daily living.

Don’t Want to Get Involved?

Still, others believe it is wrong for a Christian to get involved in governmental affairs. What kind of country would we have if all Christians thought it was wrong to get involved in politics? None of God’s people would be in public office, making policy decisions that reflected a biblical worldview with godly values. I’m thankful that people like Moses, the judges of Israel, King David, the Apostle Paul, and a host of other Bible heroes chose to get involved in politics. We would have quite a different history and lifestyle if God could find no one to participate in the governing affairs of His people.

How Should I Vote?

There are many resources online to help Christians learn more about voting with a biblical worldview to impact our nation, such as MyFaithVotes.org, truthandliberty.net/voting-tools, and wallbuilders.com/election-resources-information, to name a few. Pastors can encourage their people to get involved without endorsing a specific party or candidate.

As ambassadors for Christ, we can help ensure that we maintain the freedoms and rights we now enjoy. We must not take these liberties for granted, but guard them with vigilance and action. As Edmund Burke said, “The only thing necessary for the triumph of evil is for good men to do nothing.

Are You Planning To Vote?

According to MyFaithVotes.org, more than 40 million eligible Christian voters fail to vote in presidential elections. An estimated 15 million of these Christians are not

Are God’s People Giving Up?

Have you ever felt the Scriptures’ living power pierce through your soul and spirit, revealing a less-than-godly attitude? Conviction and repentance filled my heart recently