“You will not be afraid … Of the pestilence that stalks in darkness, Or of the destruction that lays waste at noon. A thousand may fall at your side And ten thousand at your right hand, But it shall not approach you.”

A plague ignites terror in people’s hearts. Yet here in Psalm 91, we see God’s promise to those who abide in Him as their refuge and fortress. They will not be afraid of the ravaging pestilence.

The Plague in Psalm 91

Psalm 91 refers to “pestilence” and “plague” at least five times:

Do you think God is trying to tell us something? He knew thousands of years ago when Psalm 91 was penned that we would need these words today. Its message proclaims deliverance to us now.

Even when we fall short of the mark and get sick – as I did at the beginning of this mess – there is no reason to condemn ourselves. Instead of looking inward to condemn, we can press on in our spiritual growth. Nor is there any justification for judging others who get sick. We are all learning and growing. Instead of judging people, we can reach out to minister to them in love.

Jesus illustrated the fearlessness of Psalm 91 when a man approached him, covered with leprosy – a dreaded plague. Back then, when anyone became leprous, they needed to leave home to live in a leper colony. If they ever did enter a public place, they had to call out, “Unclean! Unclean!” to warn people to stay away.

However, Jesus did not recoil in fear at the presence of this leper. Instead, he was moved with compassion, stretched out his hand, and touched him. The word “touch” means “to fasten one’s self to, adhere to, cling to.” His touch wasn’t a hesitant tap of his finger. While others would draw back in fear, Jesus took hold of the leper. His compassion moved him to touch the untouchable and heal him.

Putting on the Fearlessness of Christ

So how can we “put on” the fearlessness of Christ in the face of COVID? You might say, “Well, that was Jesus, not me!”

When we confess Jesus as Lord and believe in our hearts that God raised him from the dead, we are born again. God creates His immortal, eternal spirit – Holy Spirit – within us.

We now have the Spirit of Christ within us. Colossians 1:27 says it is “Christ in you, the hope of glory.” The spiritual reality is that, as a believer, you now have Christ’s eyes behind your eyes, Christ’s hands behind your hands, and Christ’s heart behind your heart. God has dealt to every one of us the measure of faith. You’ve received the faith of Jesus Christ, and you don’t need any more than that.

When Jesus Christ was on earth, the devil only had to deal with one Son of God. If the enemy knew that each believer would have the Spirit of Christ in him, he would never have crucified the Lord of glory.

The adversary can’t undo what God has done in us. Instead, he deceives us with distractions and lies so that we won’t walk by the faith of Jesus Christ inside us. His lies, transmitted across the airwaves in all the media, keep us in fear.

What Do We Feed Upon?

So, having the fearlessness of Christ in the face of a plague is a matter of feeding upon God’s Word and not upon the world. To the extent that we put on the spiritual realities of the Scriptures in our minds, we will not be afraid of the deadly pestilence. Conversely, we will walk in fear to the extent that we feed upon worldly information. Even though we have the faith and fearlessness of Christ inside, physical realities will take higher precedence in our minds than spiritual realities.

No matter what we did yesterday or for the past 20 years, we can turn that ship around and decide what we will do today – now. Will I stay glued to the television news, or will I watch a video or read a book on what the Word of God says that I am?

From Seed to Fruit

I pray that our God-given fearlessness becomes a fruitful reality!

PrevPreviousPsalm 91:5 – The Arrow That Flies By Day
NextIt Shall Not Approach You – Psalm 91:7Next 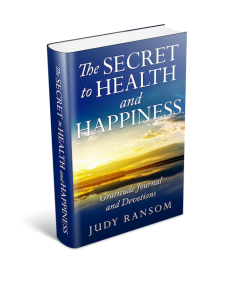 A turkey dinner celebration may make your pants feel tighter around the waist. But I’m not referring to that kind of transformation! When thanksgiving to 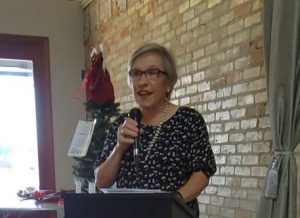 Testimony: From Victimhood & Entitlement to Gratitude

I was asked to do the devotional for the Bay County Republican Women’s luncheon yesterday, which meets the third Wednesday of each month at One