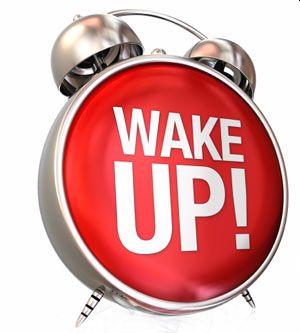 A worldwide pandemic makes us wonder, “Why?” I don’t believe that God sends plagues, because He is the author of life. The Bible says that God’s enemy, the devil, has the power of death (Hebrews 2:14). If it was God that killed people, then His Son, Jesus Christ, went around undoing God’s will every time he raised someone from the dead. But Jesus always did the will of His Father (John 6:38).

God can use this time, however, to get people’s attention as to what is really important in life. “For what shall it profit a man, if he shall gain the whole world, and lose his own soul?” (Mark 8:36). Now is not the time to blame God for the world’s ills, but rather to run to Him for refuge (Psalm 91).

We can choose to binge-watch material that has no impact on our relationship with God. Or, we can decide to watch Christian ministers who aren’t afraid to address what we’re going through, and what we can do about it.

As Christians, we can draw closer to God in faith by paying attention to what we’re watching and listening to. Faith and fear cannot coexist in our hearts because they are antithetical. When we feed our minds with things that make us fearful, our faith in God will suffer. On the other hand, if we seek input that builds our faith, fear will dissolve in our hearts. The choice is always our own to make.

I’ve been getting built up by watching Andrew Wommack, Lance Wallnau, and others who relate the scriptures to what we’re currently going through. Instead of piercing my heart with fear as the news media does, they lead me to a deeper trust in God.

The input of truth and light changes the way we think about a lot of things. For example, I got tired of singing the ABC song while washing my hands, so I put together a list of 20 Second Bible Hand Washing Songs. Now when I wash my hands, I get to choose which song to sing to God, which brings joy to my heart throughout the day. Just one little change has made a big difference for me.

Concerning what to make of all this spiritually, the Lord Jesus’ words keep coming to mind:

And ye shall hear of wars and rumors of wars: see that ye be not troubled: for all [these things] must come to pass, but the end is not yet. For nation shall rise against nation, and kingdom against kingdom: and there shall be famines, and pestilences, and earthquakes, in divers places. All these [are] the beginning of sorrows. (Matthew 24:6-8 KJV)

I believe that a lot of Christians underestimate the longsuffering of God. We’ve been through the Dark Ages, the Holocaust, and the Great Depression, to name a few. I believe God wants as many people as possible to be saved, and He will endure much to that end.

I get chills when I think of Jesus’ question:

And shall not God avenge his own elect, which cry day and night unto him, though he bear long with them? I tell you that he will avenge them speedily. Nevertheless when the Son of man cometh, shall he find faith on the earth?” (Luke 18:7-8 KJV)

How long is the longsuffering of God? Will it endure until there is no longer any faith on the earth? Only God knows. I think a lot of folks would shun me for such a thought, but I’m just going by what Jesus said. How dark, how bad are things going to get before he returns? I don’t know.

But I do know that God still has a remnant—those who cling to Him and His promises. He will protect them from pestilence and every other woe mentioned in Psalm 91 and elsewhere in His Word.

In the political arena, I believe God founded the United States on His Word, to be a light to the nations. Sadly, the agenda of the god of this world (2 Corinthians 4:4) has made tremendous advances to dim the light that God called our country to shine.

In our first 150+ years, who would have thought that the Ten Commandments would be removed from public buildings, and that prayer would be taken out of our schools? Who would have imagined that abortion would be legalized, even up to the moment of birth—and celebrated by lighting up landmarks? Who would believe that man would attain the level of arrogance to redefine God’s sacred institution of marriage between a man and a woman? How did we get so lost that we began to sanction and fund the emotionally disturbed who don’t like the gender God made them?

I believe God called our nation to be a light. And now those who say they are His people are voting against His Will in our society. His light to the nations has been dimmed. How long is the longsuffering of God? How much will He endure?

As I write, over 99,000 abortions have been performed in the world today (worldometers.info). How many of those babies were called to the kingdom of God? What impact could they have made upon this world for God and His Kingdom?

I pray that we will allow the light of God’s Word to dispel the darkness of disease and fear. I pray that we will come to know God as a loving Father, who wants us to run to Him at all times. I pray we will take a stand for Him, and shine as lights in this world of darkness.

PrevPreviousOur Greatest Enemy is Fear
NextYou Can Be Healed!Next

Take Heart. There is Hope 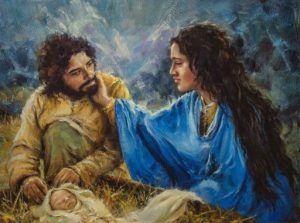 Did Joseph bring Mary on a 97-mile journey to Bethlehem when she was about to have a baby?  If they traveled to Bethlehem, the town